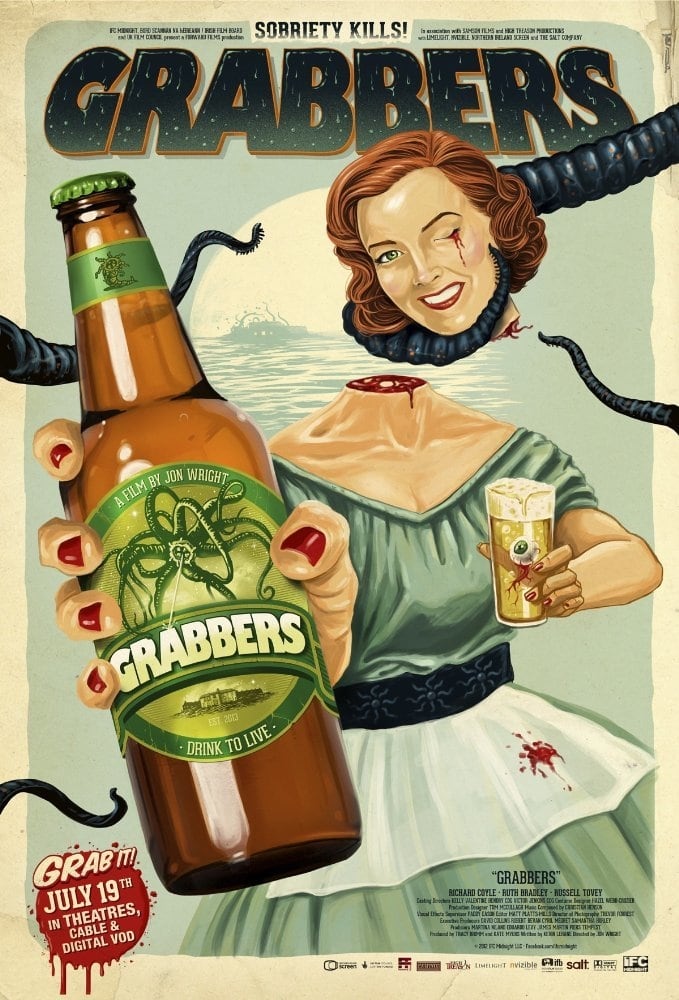 Something sinister has come to the shores of Erin Island, unbeknownst to the quaint population of this sleepy fishing village resting somewhere off Ireland’s coast. First, some fishermen go missing. Then there is the rash of whale carcasses suddenly washing up on the beach. When the murders start, it’s up to two mismatched cops – an irresponsible alcoholic and his new partner, a by-the-book woman from the mainland – to protect the townsfolk from the giant, bloodsucking, tentacled aliens that prey upon them. Their only weapon, they discover, is booze. If they want to survive the creatures’ onslaught, everyone will have to get very, very drunk!

Five young New Yorkers throw their friend a going-away party the night that a monster the size of a skyscraper descends upon the city. Told from the point of view of their video camera, the film is a document of their attempt to survive the most surreal, horrifying event of their lives.

Shipwreck survivors are found on a presumably uninhabited and irradiated island called Infant Island. A joint expedition of Roliscan and Japanese scientists explore the island and discover the Shobijin, the twin priestesses of the island's deity, Mothra. When a greedy businessman kidnaps the fairies for profit, the divine Mothra sets out to rescue them.

A nuclear explosion in the far north unleashes Gamera, the legendary flying turtle, from his sleep under the ice. In his search for energy, Gamera wreaks havoc over the entire world, and it's up to the scientists, assisted by a young boy with a strange sympathic link to the monster, to put a stop to Gamera's rampage.

Originally released in Japan as "The Return of Godzilla" in 1984, this is the heavily re-edited, re-titled "Godzilla 1985". Adding in new footage of Raymond Burr, this 16th Godzilla film ignores all previous sequels and serves as a direct follow-up to the 1956 "Godzilla King of the Monsters", which also featured scenes with Burr edited into 1954's "Godzilla". This film restores the darker tone of the original, as we witness the nuclear destruction of giant lizard terrorizing Japan.

Creature from the Black Lagoon

A scientific expedition searching for fossils along the Amazon River discover a prehistoric Gill-Man in the legendary Black Lagoon. The explorers capture the mysterious creature, but it breaks free. The Gill-Man returns to kidnap the lovely Kay, fiancée of one of the expedition, with whom it has fallen in love.

An atomic explosion awakens Gammera, a giant fire breathing turtle monster from his millions of years of hibernation.

A meteor crashes into the rocket-ship in-prisoning Gamera. Hungry for energy, Gamera makes his way back to Japan. Meanwhile, an expedition to retrieve a giant opal results in disaster as the opal is revealed to be an egg. The egg spawns Barugon, an ancient reptilian monster that terrorized the natives of its island. Gamera and Barugon soon collide in a climatic battle.

When legions of monstrous creatures, known as Kaiju, started rising from the sea, a war began that would take millions of lives and consume humanity's resources for years on end. To combat the giant Kaiju, a special type of weapon was devised: massive robots, called Jaegers, which are controlled simultaneously by two pilots whose minds are locked in a neural bridge. But even the Jaegers are proving nearly defenseless in the face of the relentless Kaiju. On the verge of defeat, the forces defending mankind have no choice but to turn to two unlikely heroes—a washed-up former pilot (Charlie Hunnam) and an untested trainee (Rinko Kikuchi)—who are teamed to drive a legendary but seemingly obsolete Jaeger from the past. Together, they stand as mankind's last hope against the mounting apocalypse.

Ford Brody, a Navy bomb expert, has just reunited with his family in San Francisco when he is forced to go to Japan to help his estranged father, Joe. Soon, both men are swept up in an escalating crisis when an ancient alpha predator arises from the sea to combat malevolent adversaries that threaten the survival of humanity. The creatures leave colossal destruction in their wake, as they make their way toward their final battleground: San Francisco.

After a violent storm, a dense cloud of mist envelops a small Maine town, trapping artist David Drayton and his five-year-old son in a local grocery store with other people. They soon discover that the mist conceals deadly horrors that threaten their lives, and worse, their sanity.

In search for answers, a mother travels to the enigmatic town of Silent Hill when her daughter begins to suffer recurring nightmares related to the place. It doesn't take long for her to discover its home to beings as equally haunting as the town itself.

A group of unwitting sorority sisters accidentally awaken the serial-killing Leprechaun after they build a sorority house on his hunting grounds.

A woman discovers that severe catastrophic events are somehow connected to the mental breakdown from which she's suffering.

A typhoon washes ashore a giant egg. Before it can be studied, the local villagers claim the egg and sell it to greedy entrepreneurs. The Shobijin soon arrive to plead for the return of egg as it belongs to Mothra. At the same time Godzilla arises near Nagoya, washed ashore by the same typhoon. It is now up to Mothra defend its egg and Japan from Godzilla.

When a massive, gilled monster emerges from the deep and tears through the city, the government scrambles to save its citizens. A rag-tag team of volunteers cuts through a web of red tape to uncover the monster's weakness and its mysterious ties to a foreign superpower. But time is not on their side - the greatest catastrophe to ever befall the world is about to evolve right before their very eyes.

Seismic activity near Mt. Fuji results in the appearance of a mysterious bat-like creature called Gyaos. Gamera arrives to confront Gyaos and defend a child from the carnivorous Gyaos.

Explore the mysterious and dangerous home of the king of the apes as a team of explorers ventures deep inside the treacherous, primordial island.

Godzilla: King of the Monsters

Follows the heroic efforts of the crypto-zoological agency Monarch as its members face off against a battery of god-sized monsters, including the mighty Godzilla, who collides with Mothra, Rodan, and his ultimate nemesis, the three-headed King Ghidorah. When these ancient super-species - thought to be mere myths - rise again, they all vie for supremacy, leaving humanity's very existence hanging in the balance.

It has been ten years since The Battle of the Breach and the oceans are still, but restless. Vindicated by the victory at the Breach, the Jaeger program has evolved into the most powerful global defense force in human history. The PPDC now calls upon the best and brightest to rise up and become the next generation of heroes when the Kaiju threat returns.

Primatologist Davis Okoye shares an unshakable bond with George, the extraordinarily intelligent, silverback gorilla who has been in his care since birth. But a rogue genetic experiment gone awry mutates this gentle ape into a raging creature of enormous size. To make matters worse, it’s soon discovered there are other similarly altered animals. As these newly created alpha predators tear across North America, destroying everything in their path, Okoye teams with a discredited genetic engineer to secure an antidote, fighting his way through an ever-changing battlefield, not only to halt a global catastrophe but to save the fearsome creature that was once his friend. 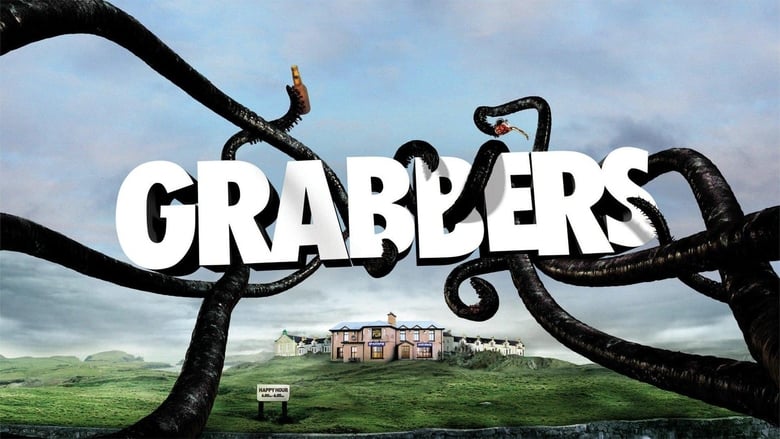