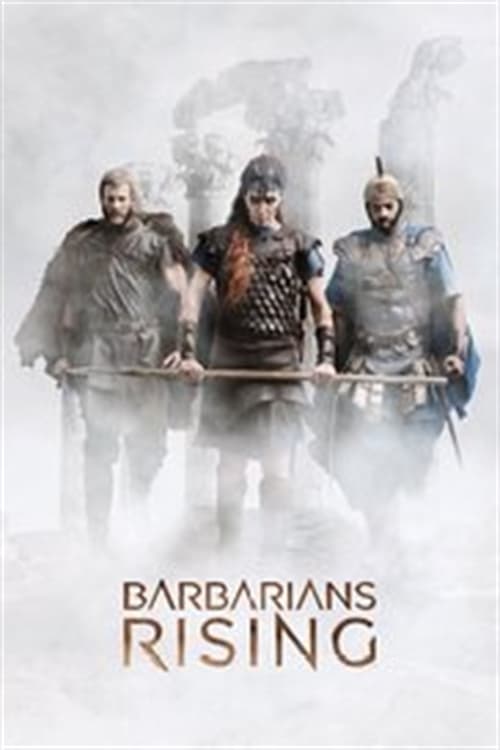 Told from the perspective of the rebel leaders, the series chronicles a wave of rebellions against absolute power by those the Roman Empire called “barbarians” – tribes they viewed as beyond the fringe of civilization that lived a brutish and violent existence. But these also were men and women who launched epic struggles that shaped the world to come with a centuries-long fight to defeat the sprawling empire.

The rebellious Thracian Spartacus, born and raised a slave, is sold to Gladiator trainer Batiatus. After weeks of being trained to kill for the arena, Spartacus turns on his owners and leads the other slaves in rebellion. As the rebels move from town to town, their numbers swell as escaped slaves join their ranks. Under the leadership of Spartacus, they make their way to southern Italy, where they will cross the sea and return to their homes.

Set against the back drop of Rome in crisis, General Marcus Vinicius returns to the city from the battle fields and falls in love with a Christian woman, Lygia. Caught in the grip of insanity, Nero's atrocities become more extreme and he burns Rome, laying the blame on the Christians. Vinicius races to save Lygia from the wrath of Nero as the empire of Rome collapses around them.

Set in 50 B.C., Asterix and Obelix are living in a small but well-protected village in Gaul, where a magic potion concocted by Druids turns the townsfolk into mighty soldiers. When Roman troops carve a path through Gaul to reach the English Channel, Caesar and his aide de camp Detritus discover the secret elixir and capture the Druid leader who knows its formula, and Asterix and Obelix are sent off to rescue them.

The perversion behind imperial Rome, the epic story of Rome's mad Emporer. All the details of his cruel, bizarre reign are revealed right here: His unholy sexual passion for his sister, his marriage to Rome's most infamous prostitute, his fiendishly inventive means of disposing those who would oppose him, and more.

In the year 180, the death of emperor Marcus Aurelius throws the Roman Empire into chaos. Maximus is one of the Roman army's most capable and trusted generals and a key advisor to the emperor. As Marcus' devious son Commodus ascends to the throne, Maximus is set to be executed. He escapes, but is captured by slave traders. Renamed Spaniard and forced to become a gladiator, Maximus must battle to the death with other men for the amusement of paying audiences.

As the Roman empire crumbles, young Romulus Augustus flees the city and embarks on a perilous voyage to Britain to track down a legion of supporters.

Determined to hold on to the throne, Cleopatra seduces the Roman emperor Julius Caesar. When Caesar is murdered, she redirects her attentions to his general, Marc Antony, who vows to take power—but Caesar’s successor has other plans.

The deranged Roman emperor Gainus 'Caligula' (Little Boots) Caesar (12-41 A.D.) rules Rome with an iron fist and has anyone tortured and exectued for even the slightest insubordination. Mostly set during his last year of his reign, as Caligula loses support due to his brutal and crazed excess, a young Moor woman, named Miriam, becomes his lover while ploting to kill him to avenge the murder of a friend which Caligula was responsible for. But Miriam is torn between her personal vandeda against Caligula and her own personal feelings towards him despite his madness and debauched lifestyle of orgies and bloody torture murders.

Judah Ben-Hur, a Palestinian Jew, is battling the Roman empire at the time of Christ. His actions send him and his family into slavery, but an inspirational encounter with Jesus changes everything. He finally meets his rival in a justly famous chariot race and rescues his suffering family.

In 79 A.D., Milo, a slave turned gladiator, finds himself in a race against time to save his true love Cassia, the beautiful daughter of a wealthy merchant who has been unwillingly betrothed to a corrupt Roman Senator. As Mount Vesuvius erupts in a torrent of blazing lava, Milo must fight his way out of the arena in order to save his beloved as the once magnificent Pompeii crumbles around him.

A film adaptation of the classic sword and sorcery hero, Conan the Barbarian. A horde of rampaging warriors massacre the parents of young Conan and enslave the young child for years on The Wheel of Pain. As the sole survivor of the childhood massacre, Conan is released from slavery and taught the ancient arts of fighting. Transforming himself into a killing machine, Conan travels into the wilderness to seek vengeance on Thulsa Doom, the man responsible for killing his family. In the wilderness, Conan takes up with the thieves Valeria and Subotai. The group comes upon King Osric, who wants the trio of warriors to help rescue his daughter who has joined Doom in the hills.

A Muslim ambassador exiled from his homeland, Ahmad ibn Fadlan finds himself in the company of Vikings. While the behavior of the Norsemen initially offends ibn Fadlan, the more cultured outsider grows to respect the tough, if uncouth, warriors. During their travels together, ibn Fadlan and the Vikings get word of an evil presence closing in, and they must fight the frightening and formidable force, which was previously thought to exist only in legend.

A falsely accused nobleman survives years of slavery to take vengeance on his best friend who betrayed him.

The story of the Arthurian legend, based on the 'Sarmatian hypothesis' which contends that the legend has a historical nucleus in the Sarmatian heavy cavalry troops stationed in Britain, and that the Roman-British military commander, Lucius Artorius Castus is the historical person behind the legend.

The assassination of the would be ruler of Rome at the hands of Brutus and company has tragic consequences for the idealist and the republic.

Romulus and Remus, two shepherds and loyal brothers, end up taking part to a journey that will lead one of them to be the founder of the greatest nation ever seen. However, the fate of the chosen one will pass from killing his own brother.

Risking his life, Luke ventures to Rome to visit Paul -- the apostle who's bound in chains and held captive in Nero's darkest and bleakest prison cell. Haunted by the shadows of his past misdeeds, Paul wonders if he's been forgotten as he awaits his grisly execution. Before Paul's death, Luke resolves to write another book that details the birth of what will come to be known as the church.

Marcellus is a tribune in the time of Christ. He is in charge of the group that is assigned to crucify Jesus. Drunk, he wins Jesus' homespun robe after the crucifixion. He is tormented by nightmares and delusions after the event. Hoping to find a way to live with what he has done, and still not believing in Jesus, he returns to Palestine to try and learn what he can of the man he killed.

A young country girl comes to town and works in a brothel in order to help her fiance get the money to start his own business. "Paprika" is the name given to her by the madam. 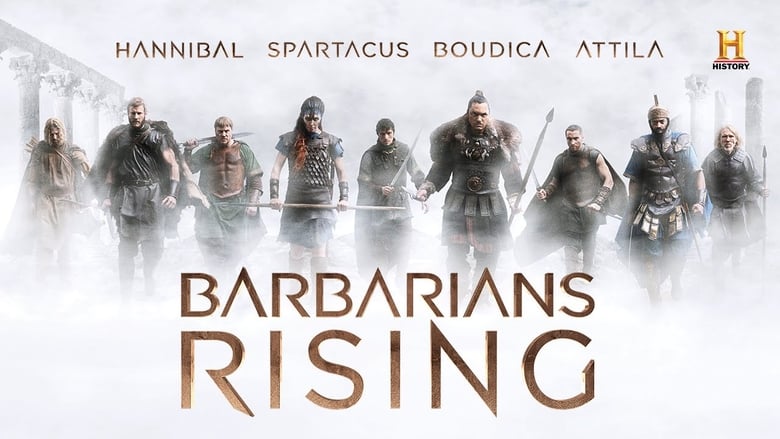