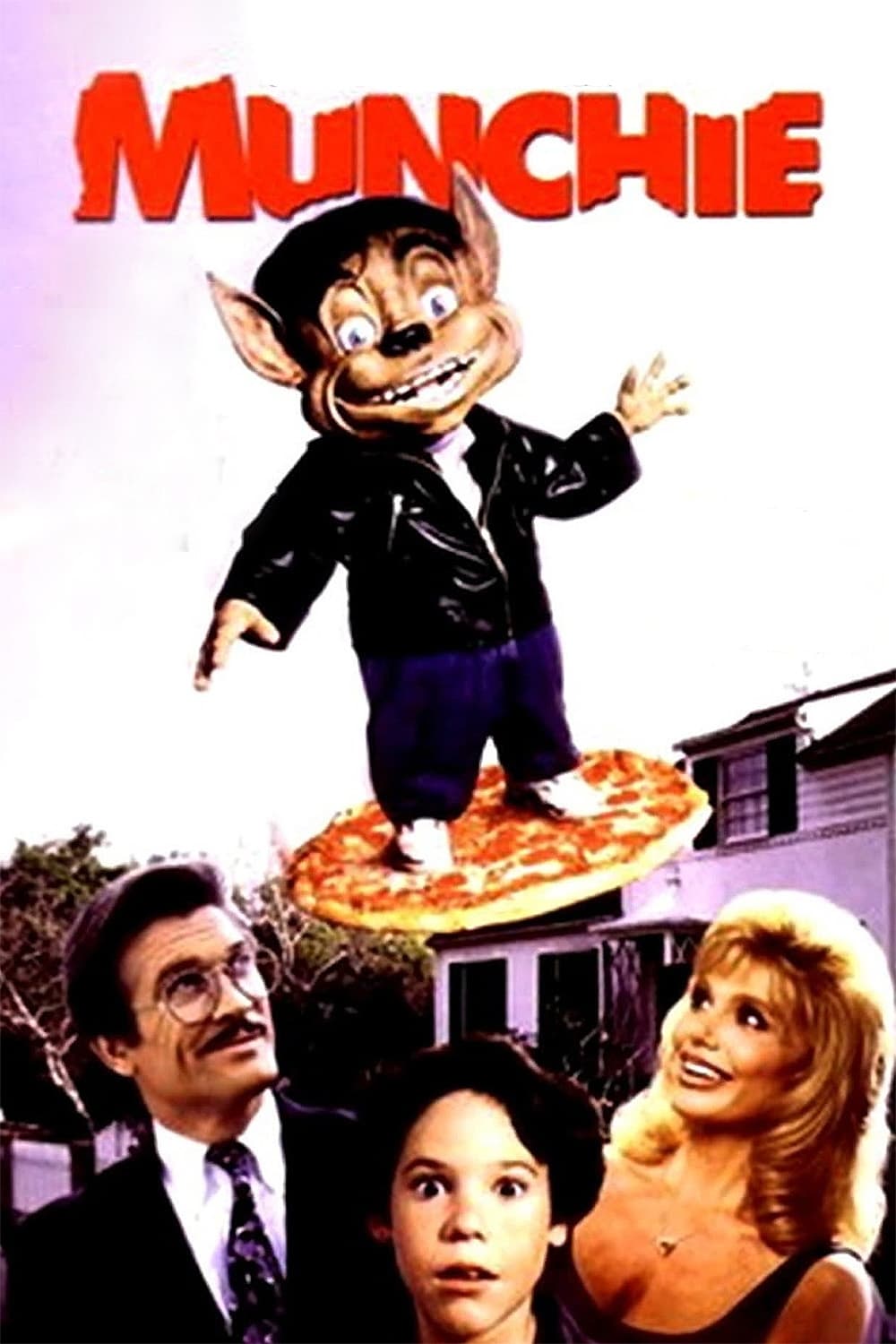 No friends. The new school sucks. And Mom (Loni Anderson) is in love with a sleazy lawyer (Andrew Stevens). Pretty bleak. That’s how life looks to ten-year-old Gage (Jaime McEnnan) when suddenly, into his world pops the magical Munchie (Dom DeLuise). Munchie is the ever-hungry and hilarious mysterious creature from another world who delivers flying pizzas and brings on the parties! With the help of Munchie and loony Professor Cruikshank (Arte Johnson), Gage evens the score on his school’s bullies as well as his mom’s boyfriend and has the greatest summer ever!

The Hobbit: The Desolation of Smaug

The Dwarves, Bilbo and Gandalf have successfully escaped the Misty Mountains, and Bilbo has gained the One Ring. They all continue their journey to get their gold back from the Dragon, Smaug.

The Hobbit: The Battle of the Five Armies

Immediately after the events of The Desolation of Smaug, Bilbo and the dwarves try to defend Erebor's mountain of treasure from others who claim it: the men of the ruined Laketown and the elves of Mirkwood. Meanwhile an army of Orcs led by Azog the Defiler is marching on Erebor, fueled by the rise of the dark lord Sauron. Dwarves, elves and men must unite, and the hope for Middle-Earth falls into Bilbo's hands.

The Hobbit: An Unexpected Journey

Bilbo Baggins, a hobbit enjoying his quiet life, is swept into an epic quest by Gandalf the Grey and thirteen dwarves who seek to reclaim their mountain home from Smaug, the dragon.

Young hobbit Frodo Baggins, after inheriting a mysterious ring from his uncle Bilbo, must leave his home in order to keep it from falling into the hands of its evil creator. Along the way, a fellowship is formed to protect the ringbearer and make sure that the ring arrives at its final destination: Mt. Doom, the only place where it can be destroyed.

The Lord of the Rings: The Return of the King

Aragorn is revealed as the heir to the ancient kings as he, Gandalf and the other members of the broken fellowship struggle to save Gondor from Sauron's forces. Meanwhile, Frodo and Sam take the ring closer to the heart of Mordor, the dark lord's realm.

The Lord of the Rings: The Two Towers

Frodo and Sam are trekking to Mordor to destroy the One Ring of Power while Gimli, Legolas and Aragorn search for the orc-captured Merry and Pippin. All along, nefarious wizard Saruman awaits the Fellowship members at the Orthanc Tower in Isengard.

The Lord of the Rings

The Fellowship of the Ring embark on a journey to destroy the One Ring and end Sauron's reign over Middle-earth.

Bilbo Baggins the Hobbit was just minding his own business, when his occasional visitor Gandalf the Wizard drops in one night. One by one, a whole group of dwarves drop in, and before he knows it, Bilbo has joined their quest to reclaim their kingdom, taken from them by the evil dragon Smaug. The only problem is that Gandalf has told the dwarves that Bilbo is an expert burglar, but he isn't...

After total humiliation at her thirteenth birthday party, Jenna Rink wants to just hide until she's thirty. With a little magic, her wish is granted, but it turns out that being thirty isn't as always as awesome as she thought it would be!

Each Christmas, Santa and his vast army of highly trained elves produce gifts and distribute them around the world in one night. However, when one of 600 million children to receive a gift from Santa on Christmas Eve is missed, it is deemed ‘acceptable’ to all but one—Arthur. Arthur Claus is Santa’s misfit son who executes an unauthorised rookie mission to get the last present half way around the globe before dawn on Christmas morning.

The peaceful realm of Azeroth stands on the brink of war as its civilization faces a fearsome race of invaders: orc warriors fleeing their dying home to colonize another. As a portal opens to connect the two worlds, one army faces destruction and the other faces extinction. From opposing sides, two heroes are set on a collision course that will decide the fate of their family, their people, and their home.

Set in 1954, a group of Florida high schoolers seek out to lose their virginity which leads them to seek revenge on a sleazy nightclub owner and his redneck sheriff brother for harassing them.

When young Buddy falls into Santa's gift sack on Christmas Eve, he's transported back to the North Pole and raised as a toy-making elf by Santa's helpers. But as he grows into adulthood, he can't shake the nagging feeling that he doesn't belong. Buddy vows to visit Manhattan and find his real dad, a workaholic publisher.

Lonely toymaker Geppetto has his wishes answered when the Blue Fairy arrives to bring his wooden puppet Pinocchio to life. Before becoming a real boy, however, Pinocchio must prove he's worthy as he sets off on an adventure with his whistling sidekick and conscience, Jiminy Cricket.

When the evil wizard Gargamel chases the tiny blue Smurfs out of their village, they tumble from their magical world and into ours -- in fact, smack dab in the middle of Central Park. Just three apples high and stuck in the Big Apple, the Smurfs must find a way to get back to their village before Gargamel tracks them down.

Brave is set in the mystical Scottish Highlands, where Mérida is the princess of a kingdom ruled by King Fergus and Queen Elinor. An unruly daughter and an accomplished archer, Mérida one day defies a sacred custom of the land and inadvertently brings turmoil to the kingdom. In an attempt to set things right, Mérida seeks out an eccentric old Wise Woman and is granted an ill-fated wish. Also figuring into Mérida’s quest — and serving as comic relief — are the kingdom’s three lords: the enormous Lord MacGuffin, the surly Lord Macintosh, and the disagreeable Lord Dingwall.

In a suburban fantasy world, two teenage elf brothers embark on an extraordinary quest to discover if there is still a little magic left out there.

Princess Jasmine grows tired of being forced to remain in the palace, so she sneaks out into the marketplace, in disguise, where she meets street-urchin Aladdin. The couple falls in love, although Jasmine may only marry a prince. After being thrown in jail, Aladdin becomes embroiled in a plot to find a mysterious lamp, with which the evil Jafar hopes to rule the land.

A love potion works its devious charms on fairies, elves and the swamp-dwelling Bog King as they all try to possess the potion for themselves.

Elliot Richardson, a suicidal techno geek, is given seven wishes to turn his life around when he meets a very seductive Satan. The catch: his soul. Some of his wishes include a 7 foot basketball star, a rock star, and a hamburger. But, as could be expected, the Devil puts her own little twist on each of his fantasies. 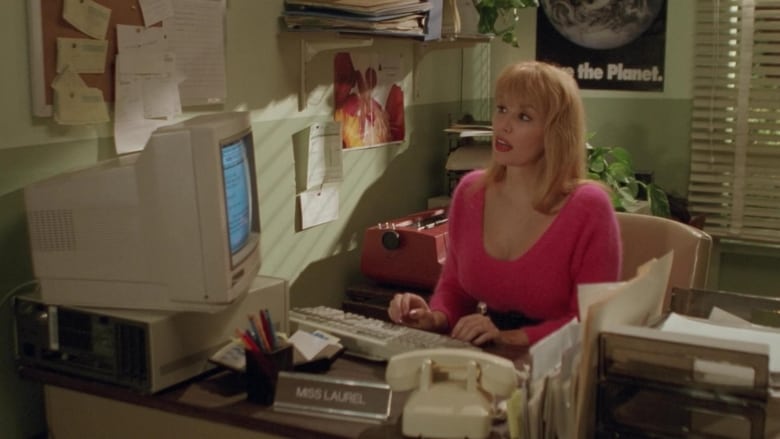